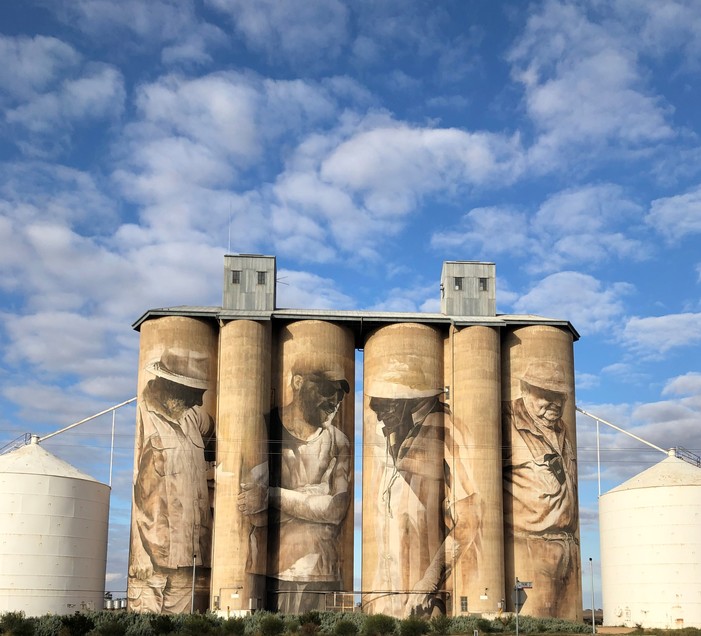 The Silo Art trail has resulted in a tourist boom through towns that were previously little-visited in the Wimmera and it all started with a monumental artwork sprayed onto four silos in Brim.

Artist Guido Van Helten, who trained in the northern NSW town of Lismore, painted the first of the silos in 2016, depicting four local farmers in a grand scale across the GrainCorp silos, which had stood and yellowed in Brim’s withering Summers for more than seven decades.

Following a surge in public interest in Van Helten’s work, celebrating everyday characters on the face of neglected buildings, five other silos have been painted, creating a trail of artworks that stretch across more than 200 kilometres.

The Silo Art Trail now attracts an additional 570 visitors to the region each month, with an estimated additional spend of at least $260,000 each year. Three additional silos will be painted this year through the Pick My Project program.