Rosedale is wired to boom

A new cable manufacturing facility in Rosedale, in the heart of Gippsland, may be the vanguard of a trend where Australian companies choose to revive the nation’s manufacturing capabilities in rural areas.

After setting up five factories around the world, Bambach Wires and Cables Managing Director Alf Chown has earned international recognition for his success in producing industrial materials and his latest project is on the edge of the picturesque community – not far from where he grew up.

He has not come to Rosedale for sentimental reasons, or because of the outstanding coffee in the town’s main street. Instead he has come for pure business reasons, recognising the importance of building up manufacturing in rural areas where land is relatively cheap, skilled labour can be trained and the workforce feel inclined to stay, loyal to a company they believe in.

“Everywhere I have been around the world, the best factories have been in rural areas,” Alf says.

“The best wire manufacturer is in a small town in the US, the best extrusion machines are built in a small Austrian village,

even in China most manufacturing actually occurs outside the big cities.

“I think that’s something Australia has got wrong – manufacturing has tended to congregate on the edge of metropolitan areas, and struggle with expensive rents. That’s why we are moving from Sydney to Rosedale – it makes great business sense.”

Bambach was established in 1936 in Sydney, but moving from the cramped Sydney production facility to the former Rosedale Tannery site will enable the company to grow. The Rosedale factory has 10,000 square metres of floor space and additional room for expansion, enabling Bambach to cut lead times from 10 weeks to four, produce cables quadruple the thickness and increase production rates from 30 tonnes to 200 tonnes per month. 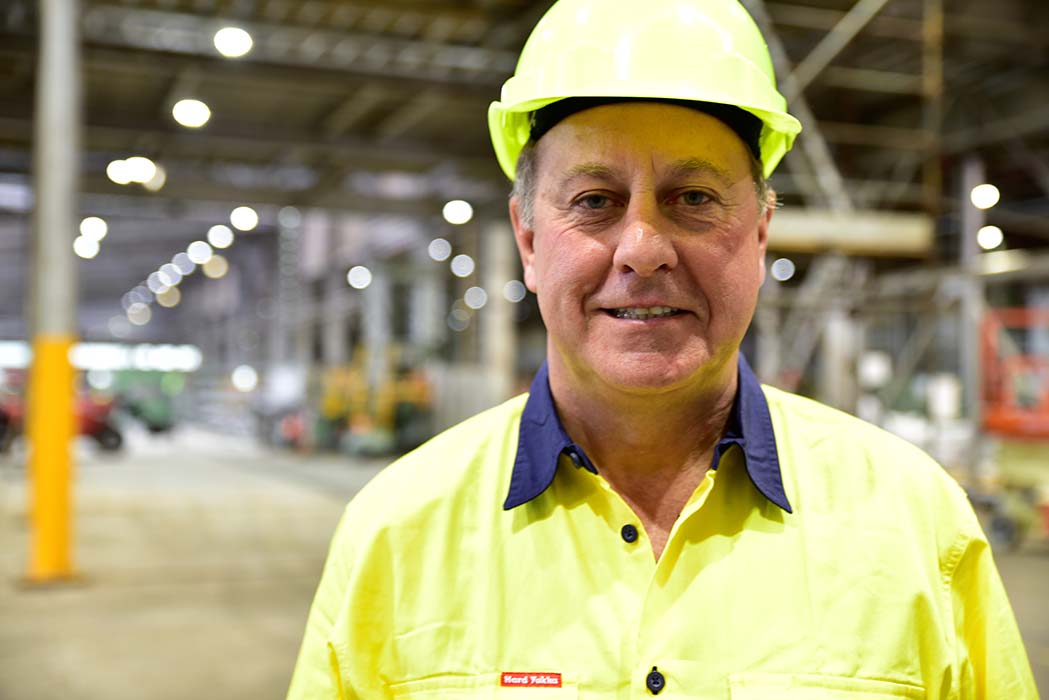 After weathering the mining downturn and gradual and temporary shift to a cheaper imported product, Bambach is set to capitalise on the nationwide boom in infrastructure and defence spending, and a renewed focus on higher quality locally sourced manufacture and will employ 42 people once the factory opens in coming months.

“There has been fantastic support from the local community, the Wellington Shire and government, as we have relocated to Rosedale,” Alf says.

“We want Rosedale to feel like they get something from Bambach and in return, Bambach will be supported by Rosedale. In other parts of the world, there are generations who have worked in the same industry, which enables communities to build up knowledge and contribute to the business. Everybody also feels ownership of the business, and that makes everybody benefit.

“If you can build that ownership and culture in a community, you can develop a business over the years which is pretty much indestructible, and a community which thrives as a result.