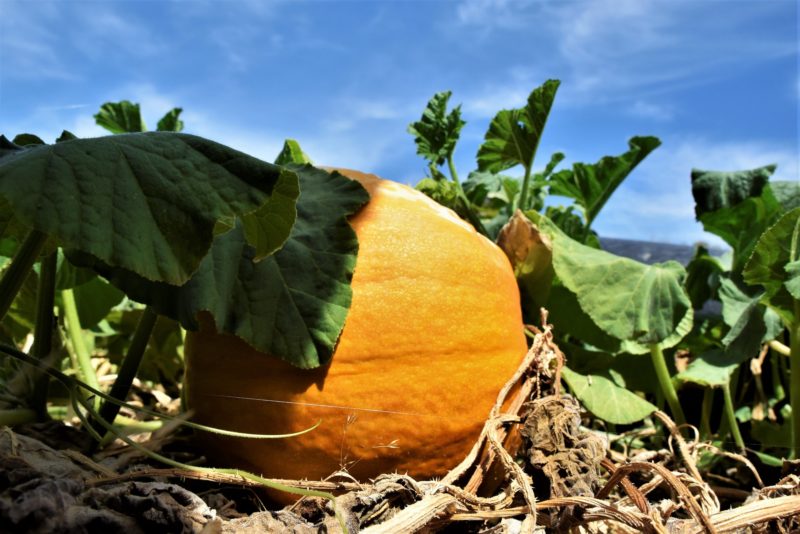 Way out in Victoria’s west, headed as far across the plains as one can be before you hit the South Australian border, the little town of Edenhope is surrounded by big sky sheep and wheat farms – the kind where the average shearer knocks off a hearty feast of meat and boiled veg on a break in between ewes.

In the local memorial halls, and in big farm kitchens, egg and lettuce sandwiches and scones running thick with cream and jam have long been the favoured fare.

But now Alexandria King is shaking things up, bringing salads and roast vegetables to the dinner plates of shearers, farmers and local people across the district. And they are loving it.

“Edenhope has been very much based on the three veg and meat dinner menu, with fresh produce really hard to find out here. I wanted to change their experience with food and to bring different experiences to the table – and the local community have been really supportive,” Alexandria says.

More than half of the food Kings Katering and Farm Produce provide through catering is grown outside Alexandria’s kitchen window, on an urban microfarm sprawling across a number of houseblocks, tended by her husband, Lucas. 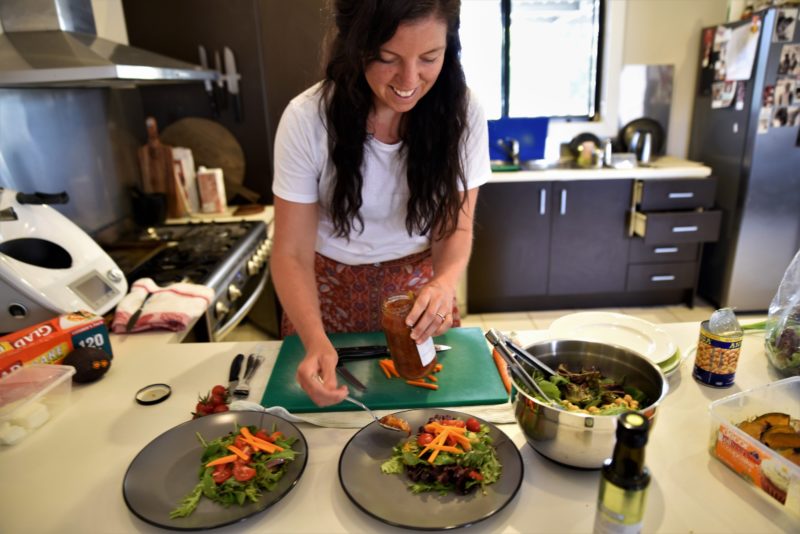 Alexandria studied biomedical science and Lucas studied land management, but the couple moved back to Alexandria’s home town after time away in the city to put down some roots – creating a home for three children.

“It was a conscious decision to raise the kids in Edenhope,” Alexandria says.

“It’s a safe community, it’s a good place to raise kids because everybody looks out for them and helps you raise the kids in a sense.”

While she studied science, it was her part-time job in a restaurant and then the opportunity to cook for her parents back in Edenhope that ignited Alexandria’s love of food.

“I started to play with relishes because I didn’t like seeing the garden produce that we had grown go to waste.

“It wasn’t an environmental thought for a start. It’s money you have spent on water and seed and effort that you have invested in growing produce, so you don’t want to just throw it in the bin once it gets to the kitchen.

“Now I am sort of known for everything salad. My focus 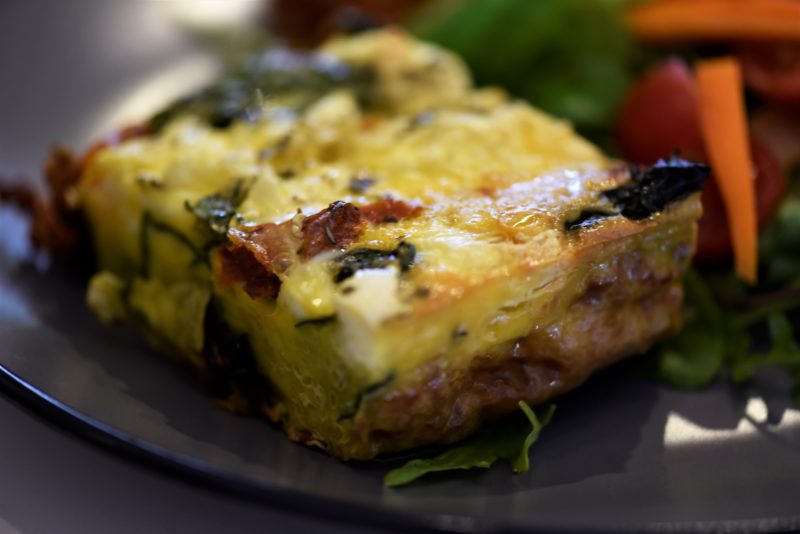 is primarily on healthy foods – I want to nourish my children and myself so we live a long healthy life and people really appreciate the flavour of home grown produce when it is in season.”

Alexandria started her catering business from home in 2013 and has built up a clientele across the region, from Horsham to Mt Gambier and sometimes beyond.

Lucas established his intensive market garden on blocks next door to his house in 2016, while working part-time, and now sells salad mixes through four local businesses, as well as providing veggie boxes to the local community.

“I do a $25 veggie box and it’s got a range of what I am growing in there, depending on what is in season,” Lucas says.

“I send out boxes once or twice each week, or deliver them. It’s a pretty simple system, I just send a message out on Facebook messenger and people give the thu 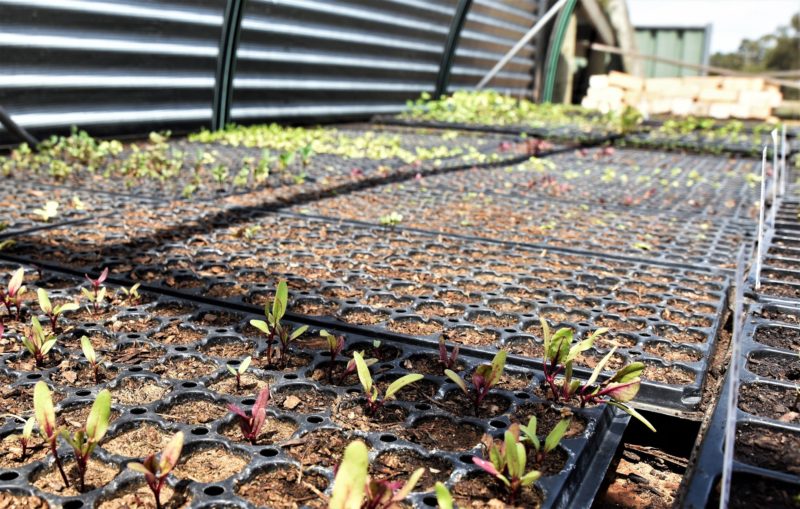 mbs up if they want one delivered.”

Lucas has a clear sense of why he has chosen to pursue his market garden plans.

“There were a number of reasons; I wanted to be my own boss, work from home, be closer to the kids and produce things that you want to produce. There are probably other reasons, but that’s enough isn’t it?” he says with a smile.

Lucas started the garden after studying other micro-farmers online, in particular a Canadian, Curtis Stone.

“There is definitely a future for more intensive farms – it’s a growing trend. People want more fresh organic food and there is more scope for these types of farms to exist in small communities,” Lucas says.

Lucas is now leaving his job to work full-time as an urban farmer. 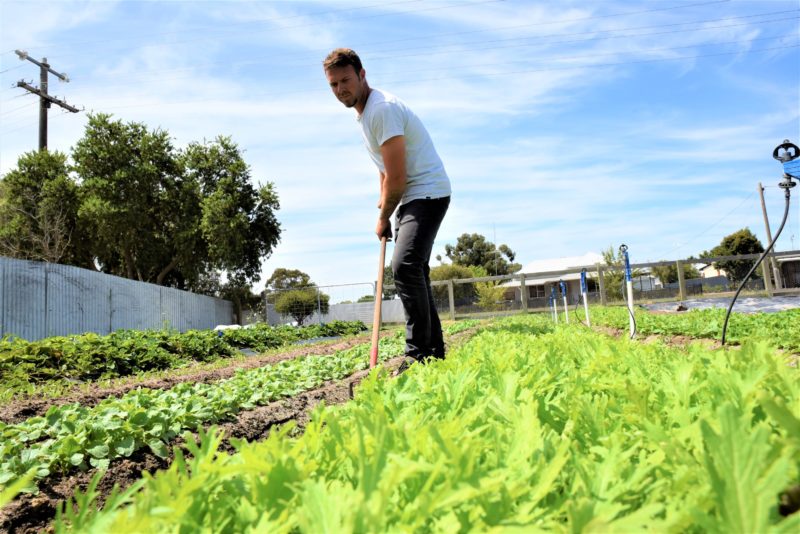 “It took a little while to learn how much people would buy, and how much to grow, but there is a lot of potential – the sky is the limit.”

Alexandria says while the business has taken time to develop, the close-knit local community has been a tremendous support – showing their appreciation for the couple’s hard work and initiative.

“We didn’t get the clients straight away, but everyone was really supportive and keen to help you thrive,” Alexandria says.