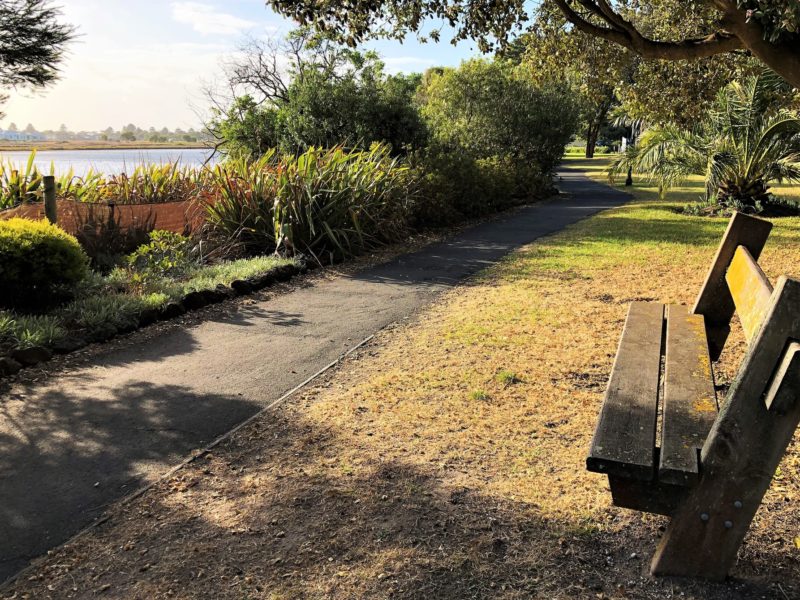 It’s an enviable plot for a life.

They quit their comfortable jobs and inner-city lifestyle to pursue a dream of living in a picture postcard community by the sea.

Boy cuts commute from three hours a day to a few minutes on a bike.

Girl fulfils dream of opening a bookshop. She stocks only books she loves and it becomes a magnet for holiday makers and authors drawn into its orbit.

If it had all happened by chance, then Jo Canham’s life would be unrelatable as a Hollywood movie, but she and her partner Dean didn’t sit back and wait for the magic to occur.

The biggest hurdle was committing to moving their existence from Melbourne to Port Fairy.

Dean had been working as an engineer in Dandenong, and Jo was in a secure job in the public service, but between them, they were spending around four hours each day commuting from their home in Melbourne’s inner west.

“I had always had the dream of a bookshop in the country in the back of my head,” Jo says. 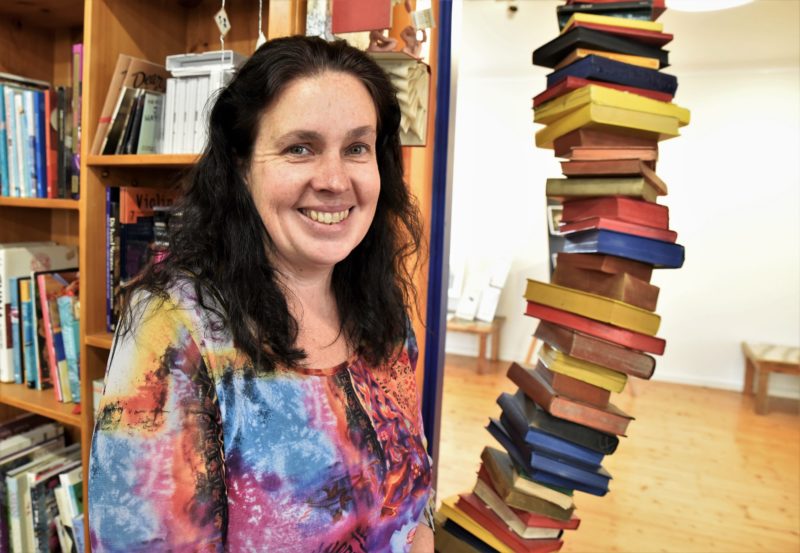 “Dean and I had driven through Port Fairy a couple of times and we both liked the beach, but we decided we wouldn’t move until one of us had landed a job.

“Dean applied for about six jobs and in the end he was offered all of them. He took a job in Port Fairy and has been there 14 years now. He used to commute for an hour and a half each way, but now it’s a 10 minute bike ride to work.”

The couple found a run down former Masonic Hall in James St and put down a deposit as soon as Dean had signed the contract for his new role.

Jo, who had grown up in a small town, was still uncertain about the move.

“I had lots of reservations about moving to a small town,” Jo says.

“I really valued the anonymity that the city gave me, I had a lot of concerns that Port Fairy would be a bit of a retirement village and I was worried about the weather. I said to my husband, ‘Do they really get Summers down there?’”

“None of those issues arose though. We didn’t know anyone when we moved here, but are surrounded by a really great community now. There is a diverse population, there are more and more young families moving here and it turns out that we do get Summer!”

The front half of the old Masonic Hall was gradually transformed into a bookshop, while the back half became a busy home, welcoming two kids into the world. Jo found she learned a lot diving into her bookshop dream.

“Running a bookshop is a special business,” Jo says.

“I am very passionate about it. I ca 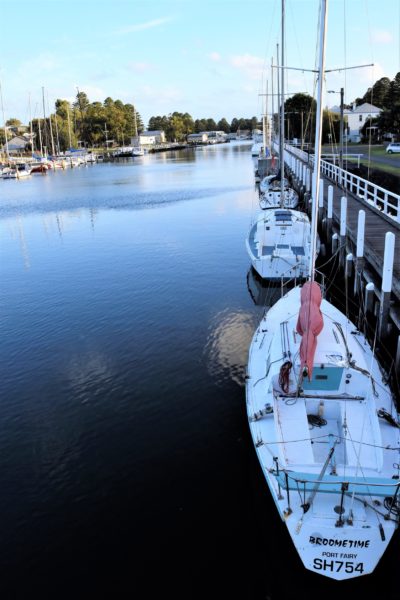 me into it thinking that I loved books and it was just about myself and the books, and I hadn’t thought at all about the customers!

Since they moved into the building in 2004, Blarney Books & Art has grown from strength to strength – particularly as Port Fairy turned from Summer holiday secret to a year-round destination for visitors. A local gallery and the Tourist Information started sending visitors around to the bookshop if they had missed it, and Jo steadily built up a strong online presence.

Because they carved the shop out of the building from scratch, Jo has been able to pursue her passions along the way – establishing Australia’s only book art competition, the Biblio Art Prize; an Edible Books competition, where people create baked goods to resemble books and characters; and the installation of a stage inside the shop, providing a venue for musical events throughout the year.

Jo also regularly runs author talks, with a surprising range of well-known writers happy to talk in town. In between events and work, the family can recharge their enthusiasm in the beautiful volcanic landscape around Port Fairy.

“Before breakfast we can walk around an island without running into anyone,” Jo says.

“In the early days, we often said to each other that we should have done this 10 years ago. And we are both kind of jealous that the kids get to grow up in Port Fairy, because it’s such a special environment to call home.”