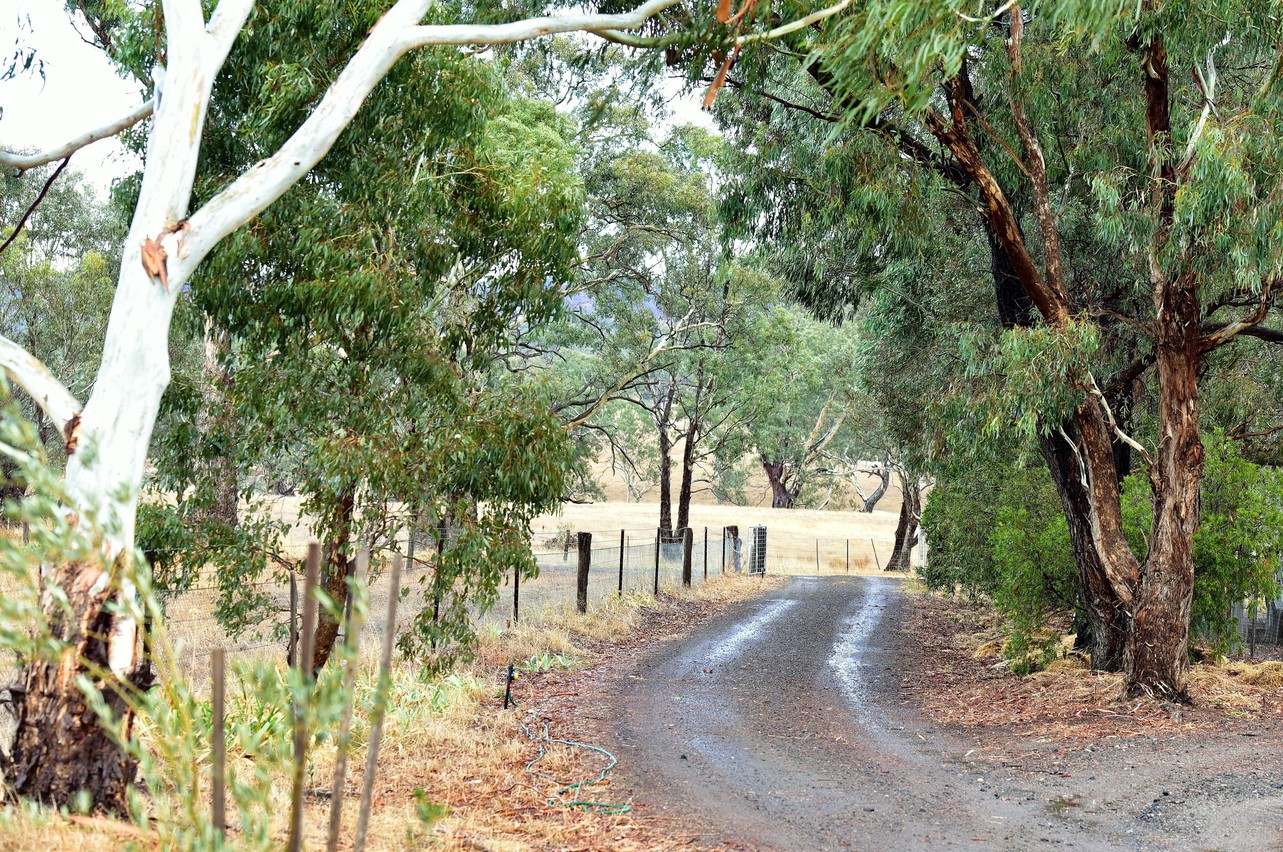 A smart farm management system which give farmers the ability to measure soil moisture and precisely calibrate how much irrigation water they use has been developed in central Victoria.

At a time when costs of purchasing water rights for farming can frequently run into the hundreds of thousands of dollars, it is perplexing that Slade Beard’s farm water management system has not already become rural legend.

Over the past five years, the Harcourt technology wizard and now farmer has been ploughing his savings into a new system on his own experimental farm – embedding water sensors at different soil depths at different points across his domain to identify precisely the quantity of water required in different areas at any one time to optimise crop growth.

Applying what is known as the internet of things to agriculture, the sensors automatically send data to three different monitoring devices mounted on a repurposed windmill tower, which captures signals for his data centre and lab, disguised in a very Australian skin of utilitarian corrugated iron. 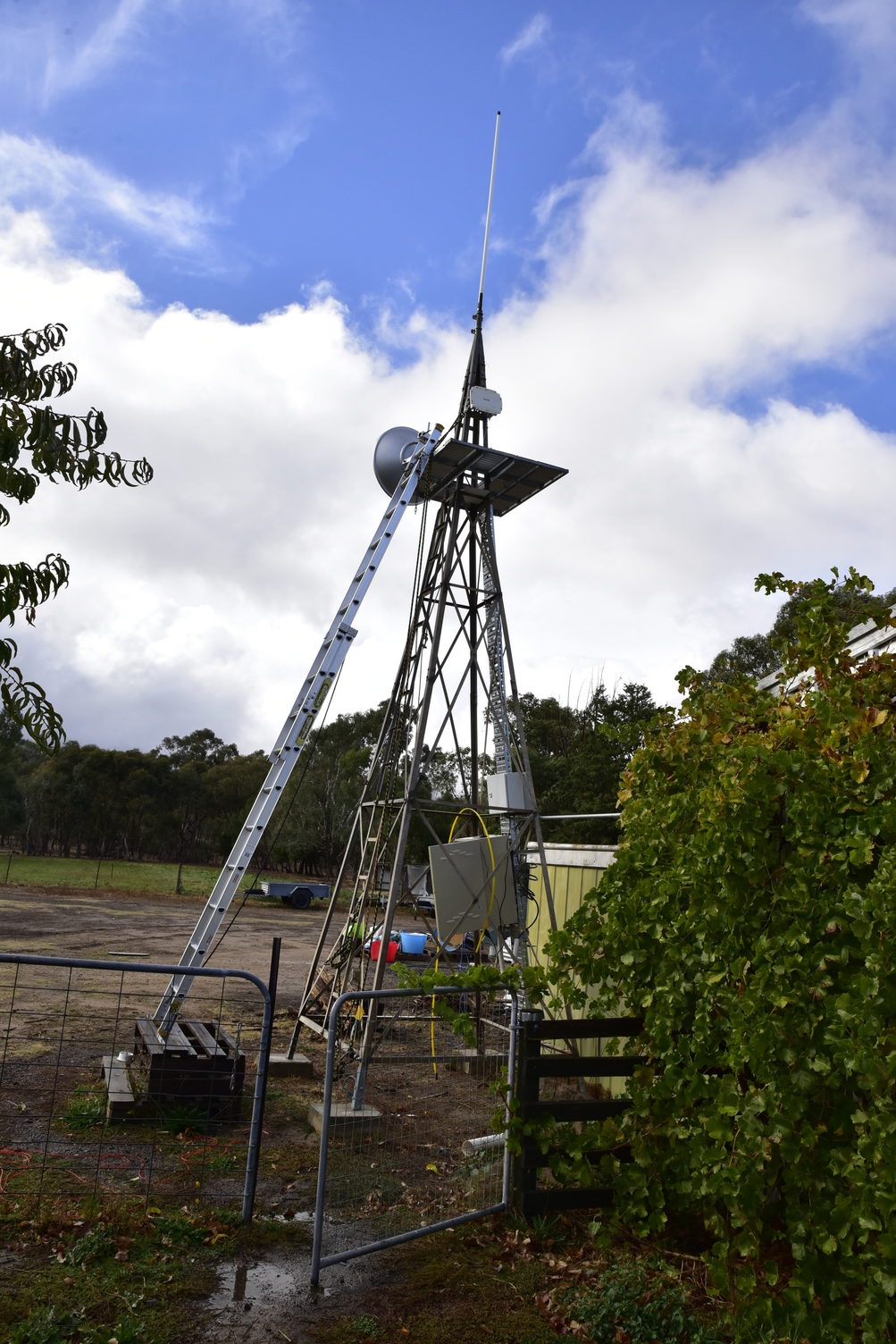 For $20,000, the Harcourt technology wizard could set up the internet of things on a Victorian farm, providing pastoralists, horticulturalists and other agricultural leaders with the information required to precisely manage all areas of their farm.

“I am a sixth generation South Australian and my family have a long association with sheep and wheat farming,” Slade said.

“When we came to Harcourt, while we were doing a project in Puckapunyal, we saw the farm and just loved it, so we had to buy it.

“We laid out the farm over a period of four years and invested a very significant amount into communications infrastructure to test how smart farms could operate. The farm was built to provide ways for us to integrate use of the data that we harvest into decision making.

“We have been here eight years now, and we have seen Castlemaine explode in size nearby. It’s a great community to live in .”

Others have touted similar systems – most younger and with better PowerPoint packs than Slade, but none have his record of success in systems development. Slade undertook detailed analysis of emergency management environments in New South Wales and the Australian Capital Territory. He has worked on the development of military command support systems to enable the Australian military brass to oversee complex operations in fields of battle and many other projects that he could tell you about, except he’d have to kill you later (he didn’t say this explicitly, it must be added).

Having applied his expertise to enable humans to manage complex and disruptive events with precision and success, Slade spent five years working in partnership with Grocon to develop a concerto of systems to control the operation of the new Melbourne Cancer Centre before realising that the systems approach was desperately needed as farmers grappled with climate change. 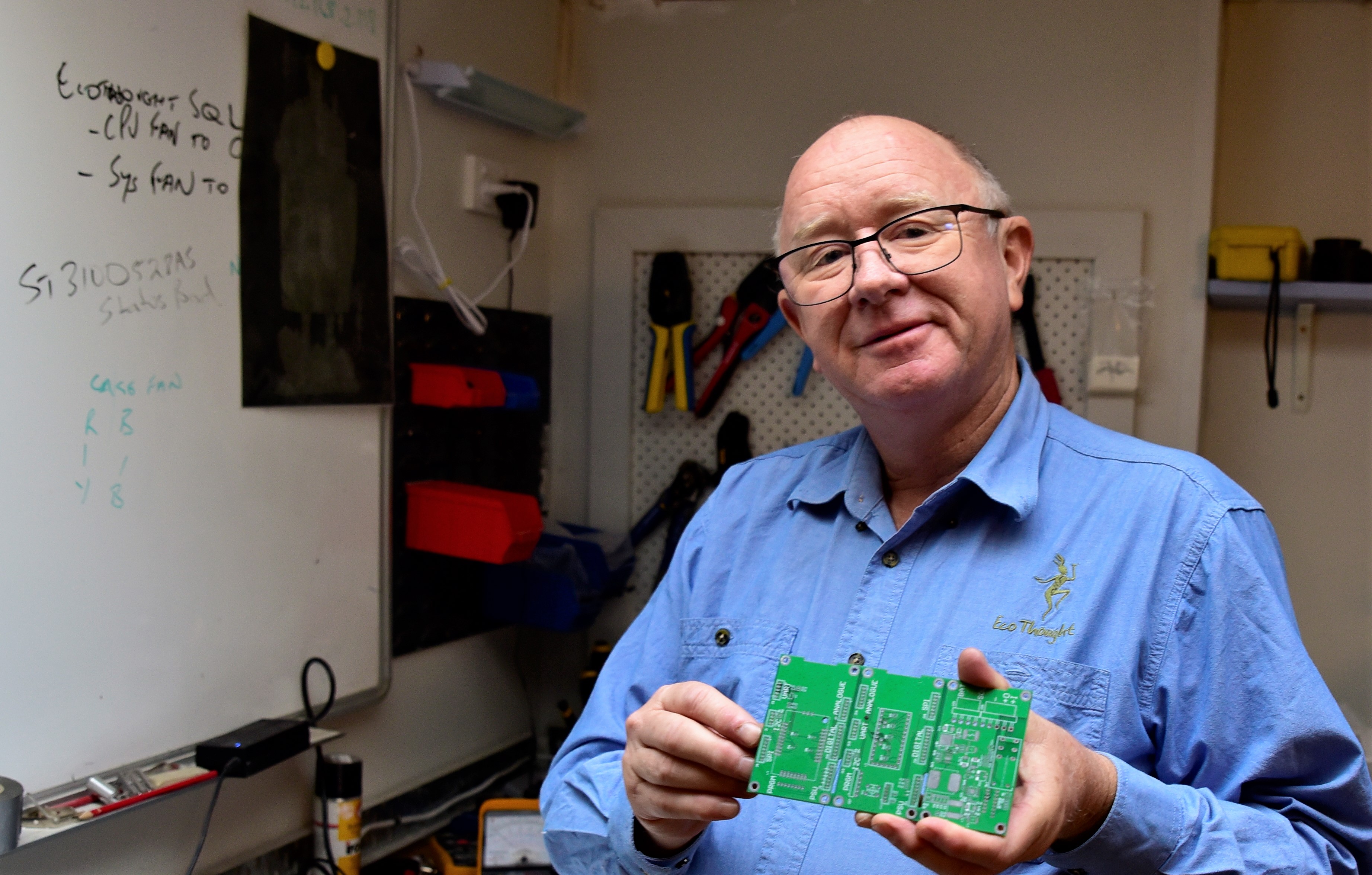 “Farmers need to increase the return they receive at the farm gates by managing their input costs and water is one of the key costs,” Slade says.

“At the end of the day a farmer knows best how to manage a farm and their use of the landscape, we just need to feed data to them in a form that will enable them to make the best decisions.

“We have done a lot of work in managing water in the landscape and are now working with international companies to build water sensors so that we can monitor effectively.

“If we are going to use sensors effectively, we need to understand the external impacts that change the landscape and there is no better way to learn than to sit on the tractor and put our planning into practice working with the farmer.”

Previous Dreaming without sleeping: how Jasmine lives two lives at once Next Saving Taradale – how one school grew from two students to 75 in just seven years