Making the most of Moyston 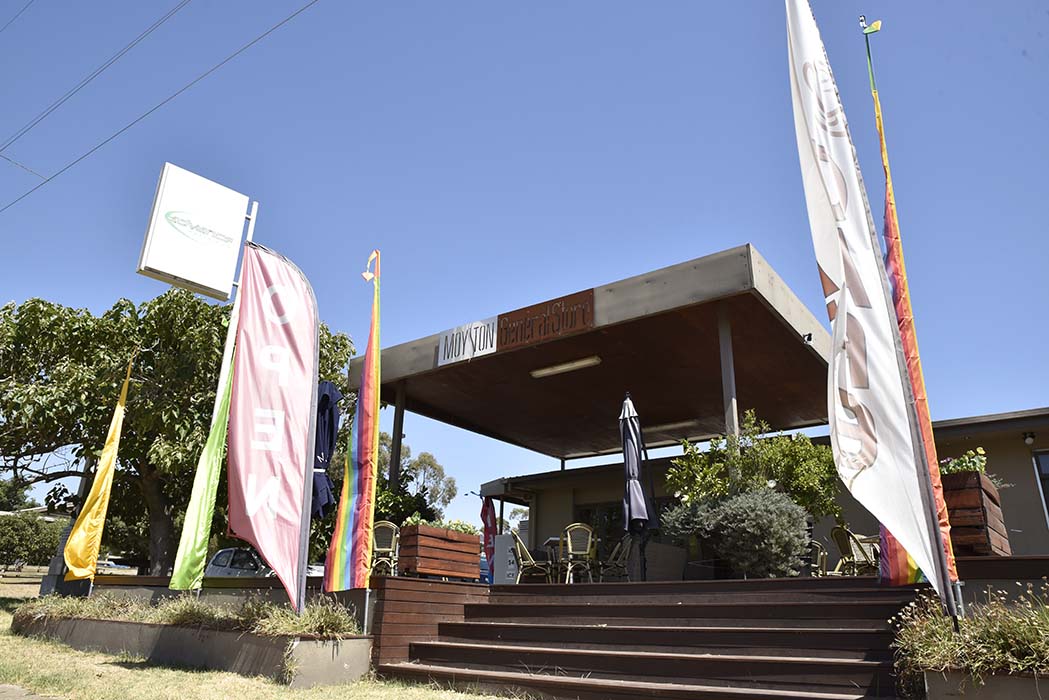 When Julie-Ann Rose was looking for a place to set up a business, she had never heard of Moyston.

It may be the recognised home of AFL, where Tom Wills watched and began to play an Aboriginal game that became Australian football – but since a brief notoriety as a gold mining town in the mid 19th century, life has been pretty quiet in town – on the surface at least.

But a casual drive through town risks missing the tell-tale signs of a thriving community – signs that Julie-Ann was quick to observe.

After a career in the Navy, raising her family and then building up communities through the Bendigo Bank, she found herself in management and training roles in Melbourne, wishing for a move to the country.

After her role as Community Bank Development Manager with Bendigo Bank, Julie-Ann had a clear view of the factors that would demonstrate where she should move.

“I was keeping an eye on commercial real estate listings all over country Victoria until I saw the Moyston General Store and I just fell in love with it,” Julie-Ann says.

“I researched all the indicators that I had learned were signs of a strong community and they were all here in Moyston. 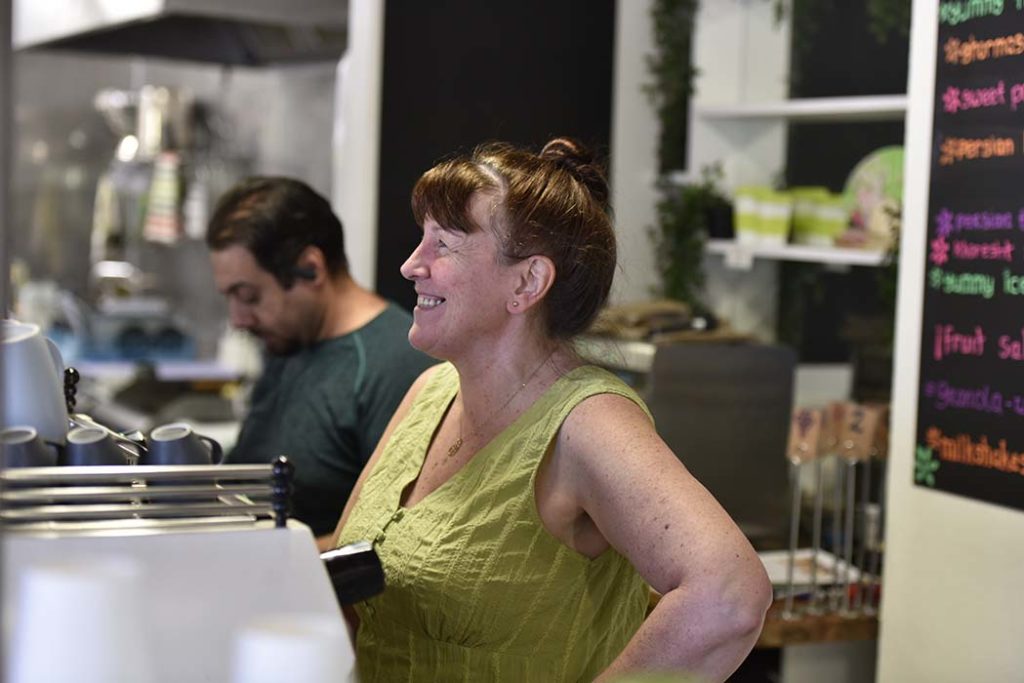 “It looks like a small town and there are just 350 people here, but the school is growing and very active, there are 9 functioning community groups, the hall was being refurbished, they have a community dinner once a month that attracts 60 to 100 people and they have the Pitch Festival each year, which brings 10,000 visitors here.

The store had been closed for seven years before Julie-Ann bought it in 2017 and it now is a thriving hub for the local community – as well as a magnet drawing people out from nearby towns such as Halls Gap and Ararat. She had people queueing up for her carefully concocted coffee within days of opening – starting a special relationship with her Melbourne coffee suppliers, Proud Mary.

“I’m very particular about my coffee and Proud Mary are great on quality and service, I put in an order, they roast it that day and I have it in the store within 2 days,” Julie-Ann says.

“We have such a great relationship with Proud Mary that my daughter, Zahra has deserted the shop! She was coming up to Moyston from Melbourne 2-3 days a week to work with us, but then she met the guy from Proud Mary who ran the barista training and they fell in love, so we don’t see her as much now.

“One bonus is they both come up to help us during busy times which is great.

“Daniel, my partner is a wonderful cook and is magic with Persian spices and flavourings, so he cooks traditional foods while I work out creative ways to present them. Moyston is a great place to be, a very welcoming, active community. We have such amazing people here,” Julie-Ann says.

Julie-Ann started life in what was then the country, living in Cranbourne, leaving school at 15 to work as a secretary in a Collins St jewellers.

“We used to play piano, so I had good typing fingers and I thought it was very glamourous getting a job in the city. The first day I got in the lift and said hello to everybody, because of course in the country that’s what you do, everyone wants to say hello – but then I quickly learned not everybody in Melbourne wanted to say hello!”

She used to walk past a Navy recruitment centre every day for four years and each day they would invite her to come in and join the Navy.

“Eventually I relented and joined up, thinking I would become an electrician, but they said I could join up straight away doing secretarial work, so I did.

“It was only when I got to basic training and they handed me a gun that I thought, hang on, what am I doing here, I’m a pacifist, I don’t want to kill anybody! But I did find that I was pretty good at stripping down the gun and putting it back together again.”

After four years in the Navy, Julie-Ann was set to leave, but they offered to put her through University, so she remained enlisted while undertaking a social work degree, and then left the forces to be a mum. 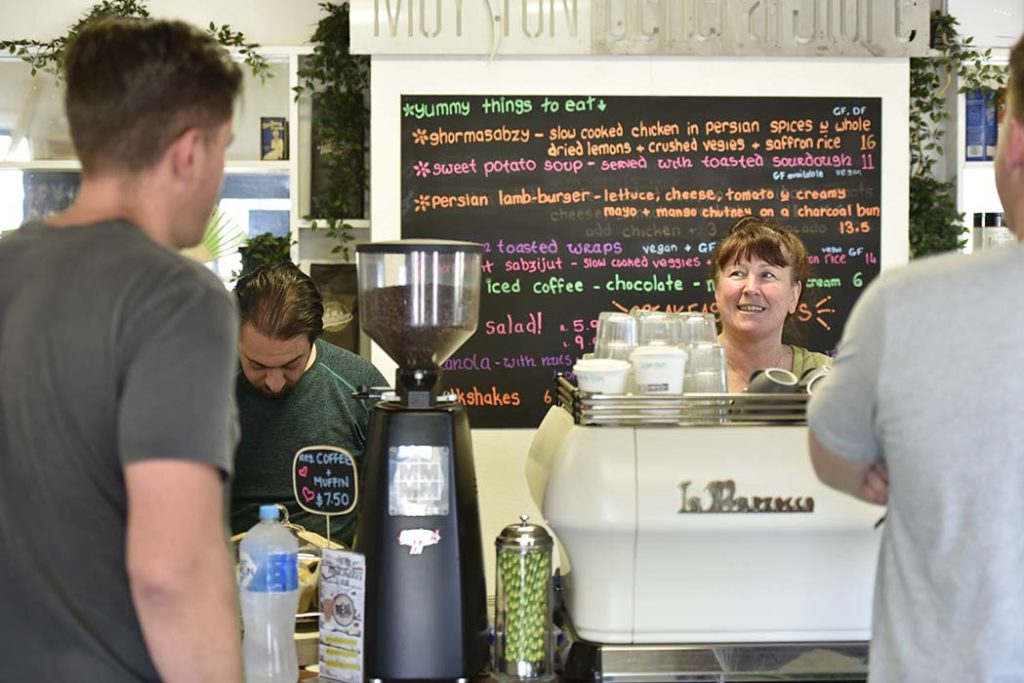 Julie-Ann lived in Melbourne, Sydney and also rural communities, but when she saw Moyston, she knew she belonged.

“There are just so many great people that live here. It’s been 12 months since we opened and it feels like yesterday,” she says.

The store offers breakfast, lunch and afternoon tea, stellar coffee and will be opening a bar and bottle shop onsite soon.

“I have about 10 years of ideas in my brain to develop the store, I think it’s got a really exciting future,” Julie-Ann says.