Discover your new home in the country 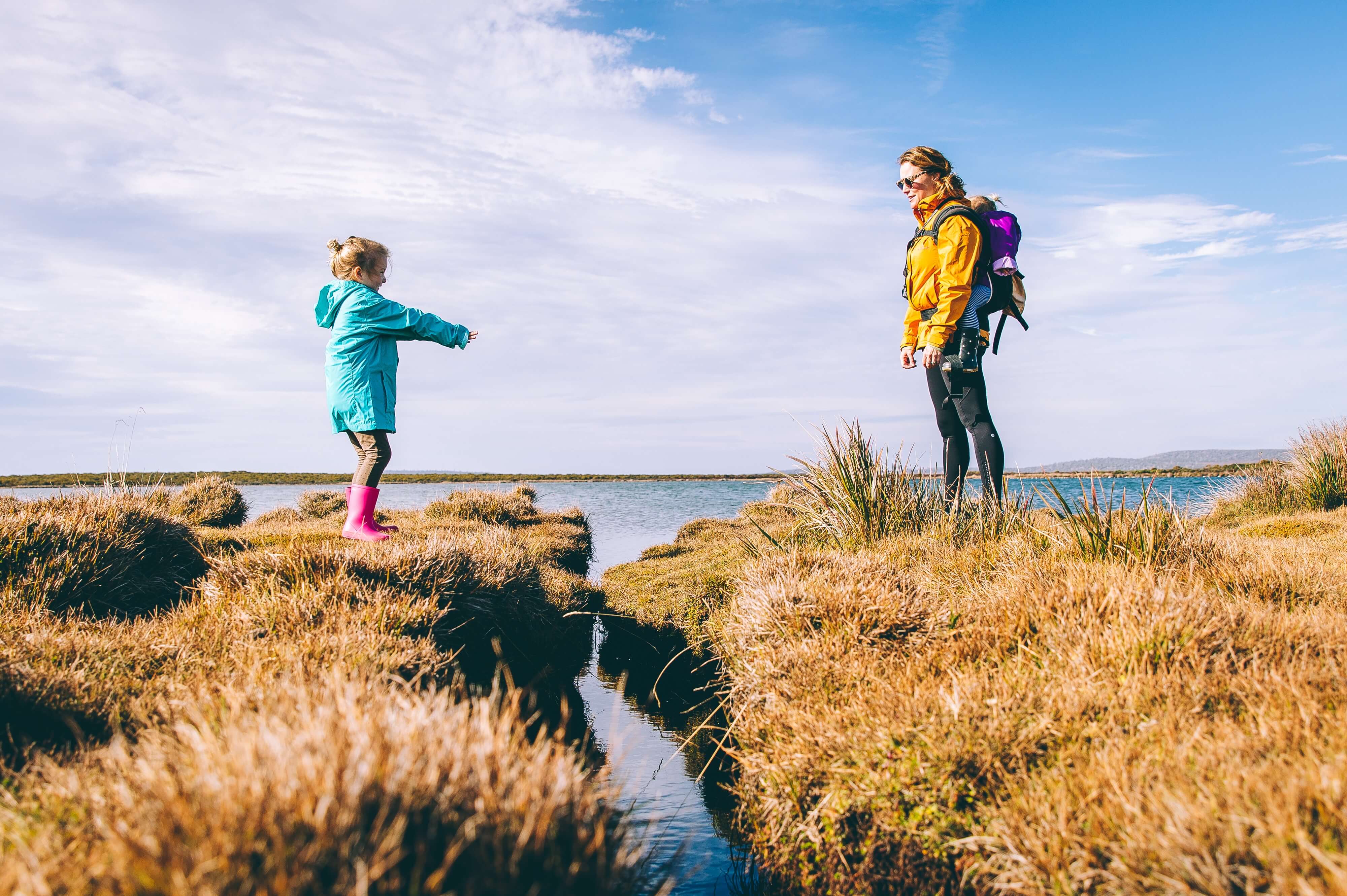 For years people have tried to convince Victorians it was a good time to move to the country, but as job numbers soar and house prices stay relatively low beyond the city’s fringe, the reasons to move to a lifestyle that most people only dream about are now pretty compelling.

Livecountry is a new website to help you understand why you should make the move, after our research showed that many Victorians both in the city and the country held extensive misconceptions about the country – and also struggled to find good solid facts to help them decide where their future belonged.

This project is initiated by 37 rural councils that make up Rural Councils Victoria and as the year progresses, we will present stories and facts about a kaleidoscope of people, jobs and new potential homes that will help to present a more balanced picture of the opportunities, diversity and excellence that you can be part of in rural Victoria.

We check all facts on this site so that it is based on evidence, not just nice pictures of picnics and weekend cycling. If you want more information about a particular area, or want to know more about country Victoria, please just get in touch!

We like to keep things factual and clear, so for a start, we will give you just two charts, sourced from recent reports which show what is really going on in Rural Victoria.

The first chart, which covers a 20 year span, shows that based on current trends, Rural Victoria’s population is expected to grow more than 20% between 2011 and 2031. 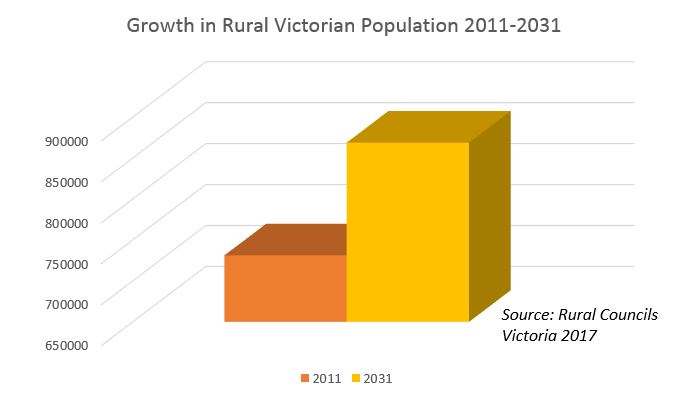 The second chart, which covers just a five year span, shows that rural jobs jumped 15% in just five years between 2011 and 2016. 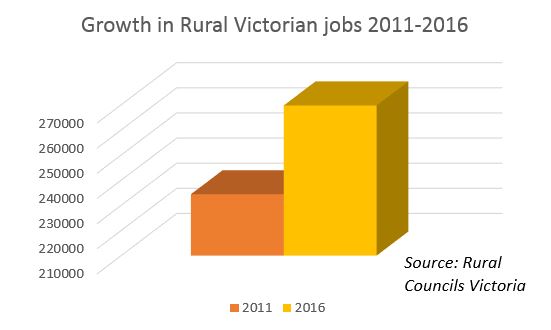 You don’t have to be Einstein to realise that if the population is growing 21% in 20 years, but jobs have already grown 15% in five years, there’s likely to be a lot more jobs going around in rural Victoria for years to come.

Want to know more about job opportunities in rural Victoria? Sign up to our mailing list and we’ll keep you updated on the next best jobs available.