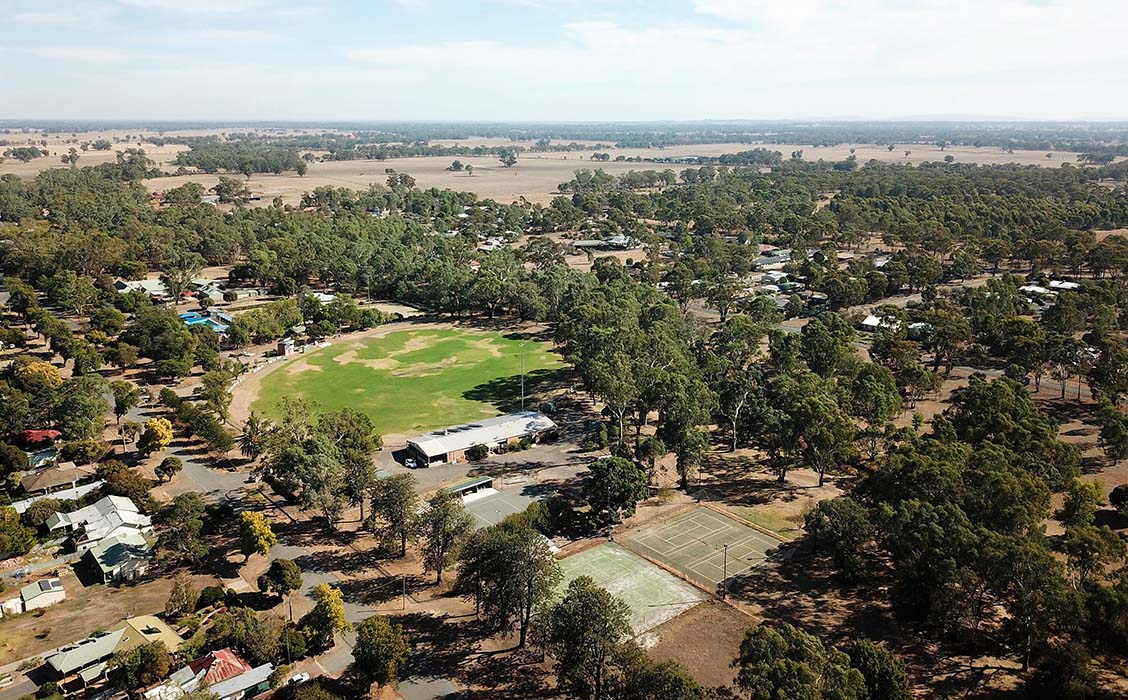 On the second Saturday each month, between 3000 and 5000 people descend on Violet Town, patrolling the labyrinth of stalls that make up the town’s Community Market.

Initiated in 1978 by a small group of local people as a way for farmers and local people to sell their wares, the market originally had about 10 stalls and ran about six times per year. Now there are usually more than 300 stalls every month. 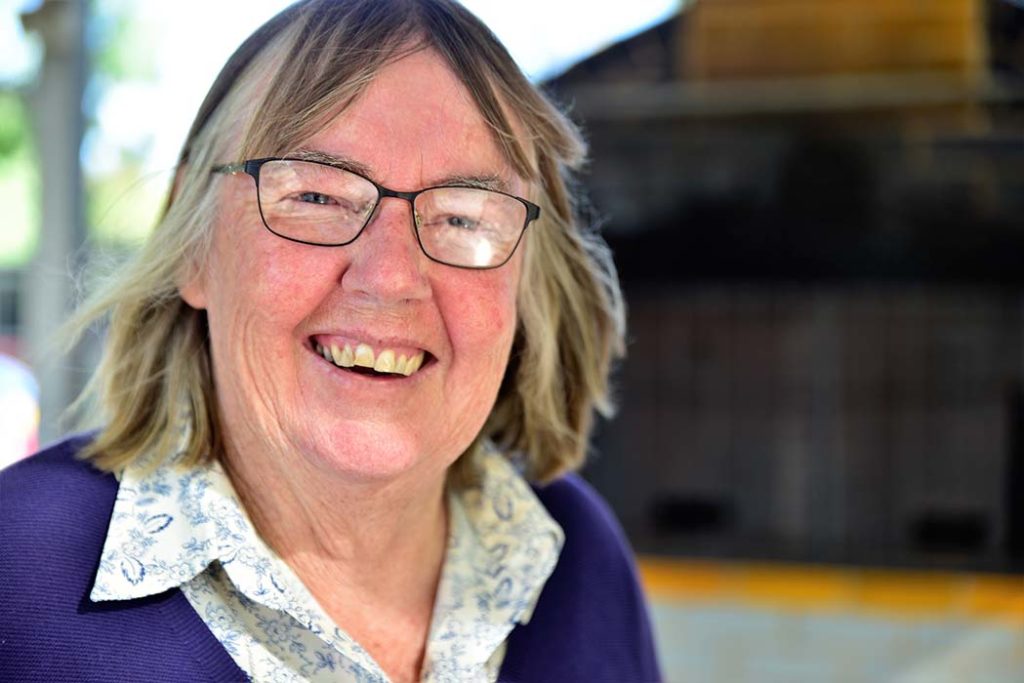 Robin Landvogt has been a market volunteer for most of the 42 years she has lived in Violet Town and said it was a great way to instantly connect to people across the community.

“This town is amazing. It’s far enough away from other towns that you have to be a bit independent, if you want to get things done – and that has led to a really strong community spirit,” Robin says.

“In 1957, Violet Town was one of the first town’s in the north east to get a swimming pool. The farmers dug the hole and the community had working bees every weekend until it was done – and the pool continues to be used to this day.

“When the market began, it was one of the first markets in the area and it has just grown in popularity.

“It’s hard to overestimate the impact of the market on the town. It’s a huge event which brings people here each month. The Football Club sells coffee, cake and food. The Community House make Pizzas, at a pizza oven that we have had built near the oval. The Lions Club do a sausage sizzle, the school does drinks and all the community groups raise funds.

“When we started tin rattling, to raise money for local organisations people thought it might be a waste of time, but we now raise between $2,500 and $4,000 each market. As soon as organisations heard there was that sort of money people were lining up for their turn!”

Located on the railway line between Melbourne and Albury, Violet Town has about 700 residents, with 1500 in the area nearby. An aged care facility with more than 60 beds provides a range of employment opportunities in town and the main street retail is flourishing. 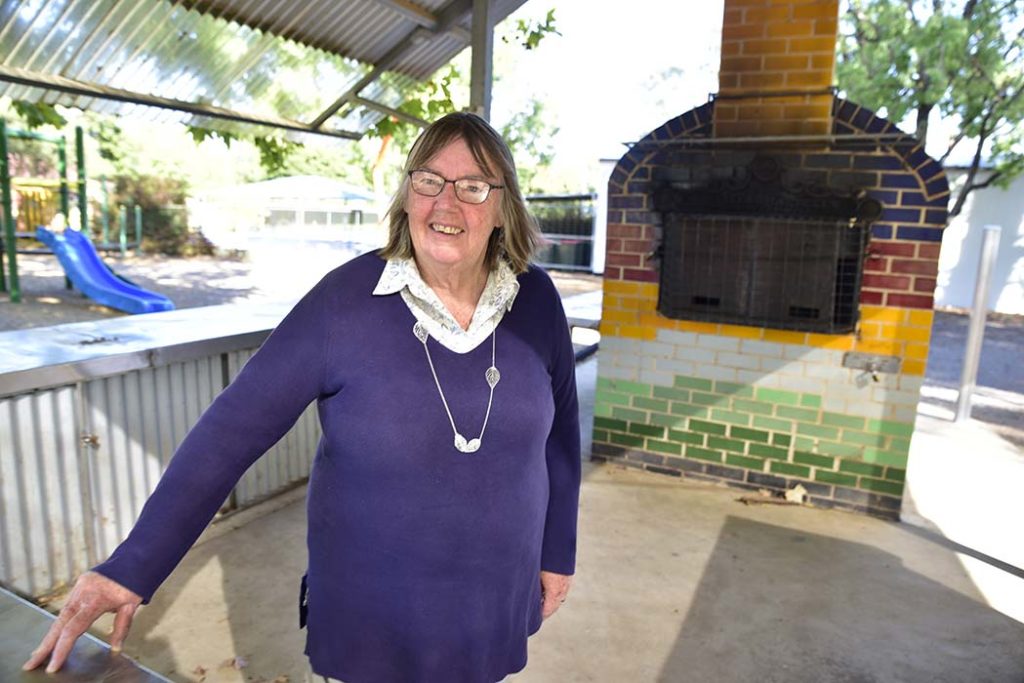 Robin moved to the town while she and her husband were teaching in Benalla and then spent 25 years running a flourishing cut flower business, until a change in supermarket contracts meant the business had to close.

“We were pretty upset with Coles for about two weeks and then we realised how good it was to finish running the business and we thought we should write a letter to them and say thanks!” Robin says.

In between turning her hand to journalism and a range of other jobs, Robin also coordinated a project to regenerate the Honeysuckle Creek area that ran through town. Again, the town’s vibrant volunteering spirit shone through, with 50-60 people turning up to regular working bees to revegetate the Honeysuckle Creek and surrounds  with species indigenous to the area, the iconic species being the Banksia Marginata (honeysuckle banksia) from which the creek was named.

“I knew we had really got somewhere with the Honeysuckle Creek project when someone who hadn’t been involved came up to me in the street after a lot of rain and said ‘I’ve been down, they’re alright,’” Robin says.

“They had been down to check the plants hadn’t been caught up in the flooding and I knew then, the project was really important to the community.” 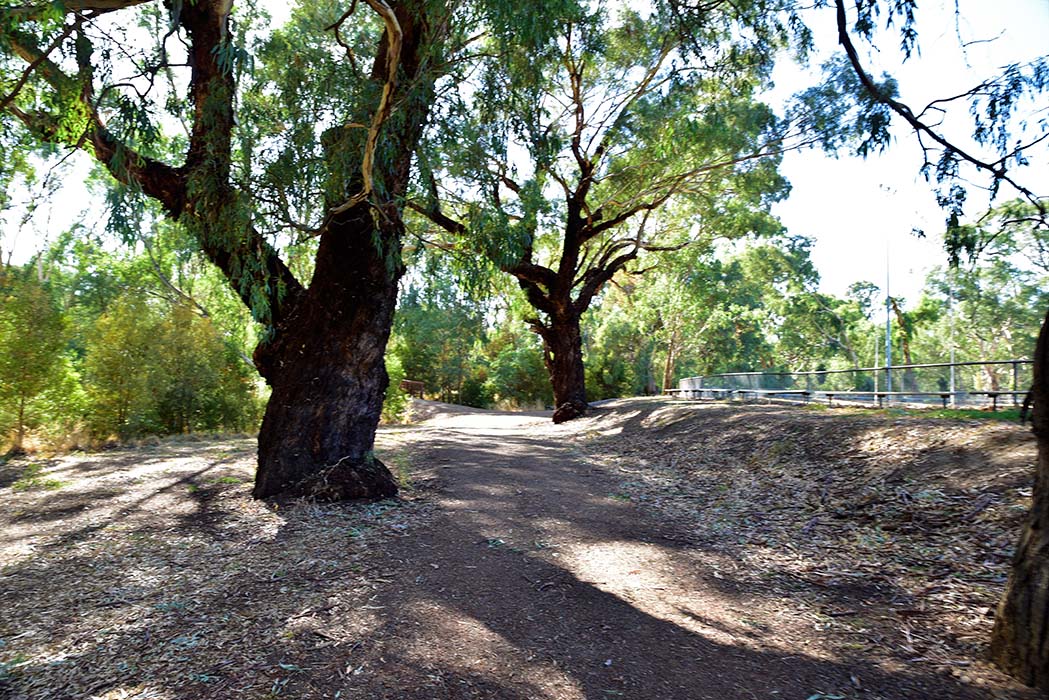 Ultimately, it is the market that has placed Violet Town on the map, achieving an unbroken run of more than four decades through volunteer dedication.

“The market has made the town. It was a strong town anyway, but each month, the market is amazing for the community,” Robin says.

“It is a great way for anybody coming to town to meet other people and instantly become part of the community.”

Previous Long trail leads to Sale Next Building a hometown